One classic example of Goethe's principle of compensation are the galliformes. The luxurious splendour of the males’ plumage, for example the capercaillie, golden pheasant and peacock, has to be seen in close relation to the increasingly elaborate courtship behaviour and the decreasing participation in caring for the offspring. However, it is incorrect to assume that the song or call of a bird is that much simpler the more splendidly the plumage is developed. We demonstrate that although Goethe's principle of compensation does not apply to the correlation of song and splendid plumage, a correlation of song and social behaviour is recognisable, because the degree of perfection of the song is inversely proportional to the degree of sociality of the bird. Furthermore, it is not easy to classify songbirds according to ecological aspects, i.e. to say in general: birds that inhabit the same area also have the same singing style. It is even more difficult if we consider that the movement of a bird, especially a flying bird, correlates with its song. Rudolf Steiner even spoke of the harmonious accord which arises when we compare the configuration of birdcalls with their movements in flight. This cannot be determined for most of the approximately 10,000 bird species. Some songbirds, however, have developed a special type of behaviour which comes very close to Rudolf Steiner's statement and which is discussed here in more detail. 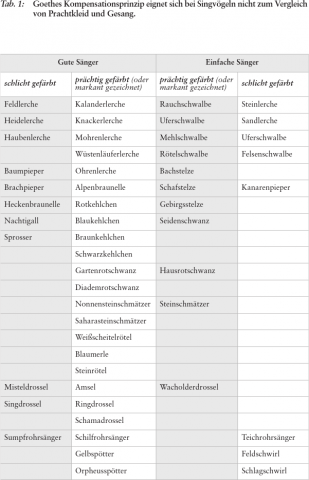 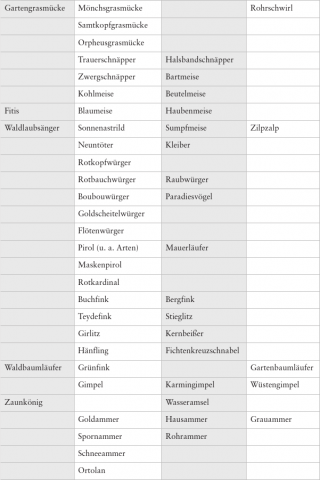 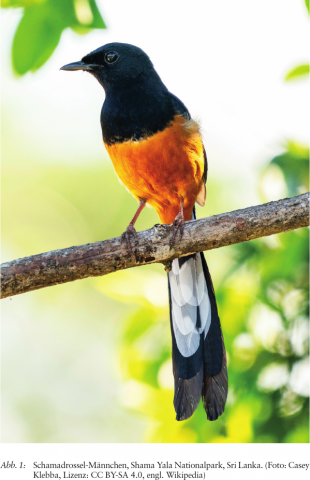 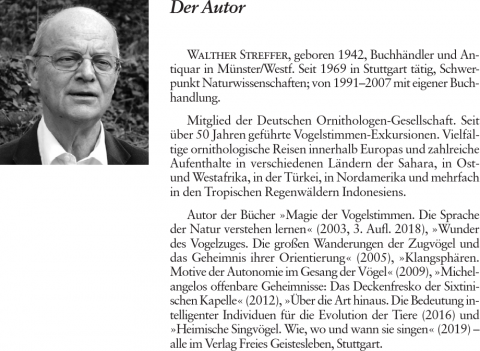